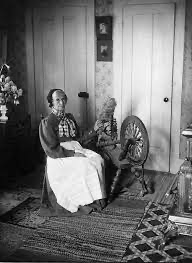 The Princeton chapter of the Daughters of the American Revolution was organized on April 13, 1896. This chapter provided women whose ancestors served in the Revolutionary War a chance to preserve history within an organization.

One of the chapter’s early members was Mary Pettegrew Keyes (1813-1913), whose father fought during the Revolution.

Mary Pettegrew was born on May 26, 1813, to her parents, William Pettegrew and Mary Alden, William’s third wife. Mary had nine other siblings and was brought up in Weathersfield, Vermont. Mary’s father died when she was three, and she was taken in and raised by her aunt, Charity Alden Blodgett.

William Pettegrew was born on Nov. 6, 1757, in Grantham, New Hampshire. While still in his teens, he enlisted to fight in the Revolutionary War. William was part of the New Hampshire brigade that fought in the battle that led to the surrender of British General John Burgoyne’s army.

William was in close proximity to General George Washington when he crossed the Delaware River in 1776 as well as serving in Trenton, Princeton, Valley Forge, Monmouth, Brandywine and elsewhere.

After William’s service in the Revolutionary War, he became a Methodist minister.

Mary Pettegrew came from a long line of successful and empowering ancestors who helped to pave the way for her future. Mary actually had a direct line of ancestry dating back to the Pilgrims, who traveled to America on the Mayflower in 1620.

Mary Pettegrew received an education in Eastern schools and later became a teacher. She taught at Albany, Utica and Schenectady, New York. In 1839, she married Nathaniel Keyes, a graduate of Dartmouth College.

Mary and her husband embarked on a mission to Syria in 1840. During their lengthy journey, two of their children died. Later, they traveled back to New England and lived there about three years. Mary’s husband became a German Reformed minister, and the family settled in Lancaster, Pennsylvania.

The Keyes family fell upon hard times as Nathaniel’s health began to decline, and in 1855, they moved to Princeton, Illinois. Nathaniel believed the Illinois climate would benefit his condition, and also there were Pettegrew relatives in the area.

Nathaniel assumed the pastorate of Hampshire Colony Congregational Church in Princeton, but his health problems worsened, and he died in 1857.

Mary Keyes cared tenderly for her remaining daughters after her husband died. Their daughter, Helen, lived until 1907. Harriet Louisa Keyes, Mary and Nathaniel’s surviving daughter, helped to take care of Mary in her old age.

While Mary Pettegrew Keyes was not one of the original 16 charter members of the Princeton chapter of the Daughters of the American Revolution, Harriet and her mother were two of the very early members. They joined six months after the first meeting, officially becoming members in October 1896.

The Princeton chapter holds precious relics and documentation that belonged to Mary Keyes and her family that were graciously given to the chapter to help future generations learn about the past.

Mary Pettegrew Keyes died on March 7, 1913 – less than three months away from her 100th birthday – making Mary the oldest woman in Bureau County for her time. She was also one of nine women left in Illinois with a father who had fought in the Revolution.

About the author: Ashten Wilson, a student at Princeton High School, is currently interning at the Bureau County Historical Society. She is exploring a career in history. In addition, she is the niece and granddaughter of two members of the Daughters of the American Revolution.